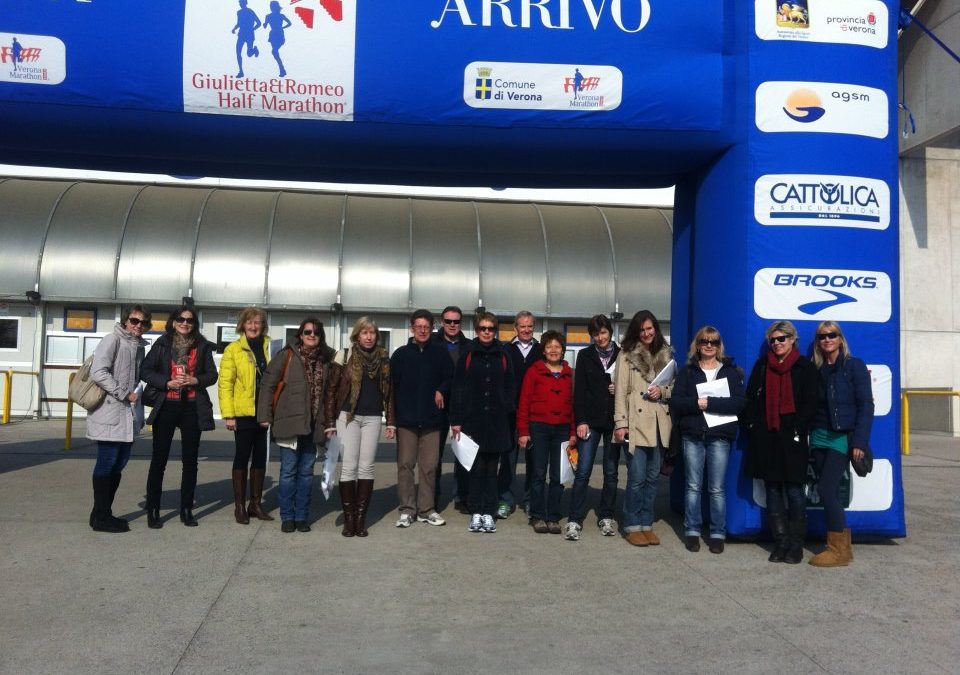 Seventeen Mel’s Milers completed the Romeo and Juliet half marathon in Verona on 19th February, with support from three non-runners who made our travelling group of twenty the largest yet to represent the club abroad. Thankfully the snow of the previous week had melted and the race conditions were just right allowing for some good times and PBs ranging from 1:38 to 2:13. The route weaved around and through Verona and included several bridges, some cobbled streets, a castle and through the Roman amphitheatre at the end. A selection of unusual drinks were on offer during and after the race including lemon tea and mulled wine !
Verona made a perfect destination for a weekend away, with Lake Garda a short train ride away, and plenty of pasta, pizza and gnocchi eating opportunities !